Eight volumes (complete). Now much forgotten by historians (but not collectors!) this history of the Ancient World was already in its 10th edition in 1804 (of which this is a full set). A lovely, very handsome set of books. Fully bound in leather with gilt. The morocco spine has five ridges, six panels. The books have a polish and gentility from ownership and handling that raises the spirits. An ex-libris plate in the books indicate former ownership by the Lord Walsingham (probably Thomas de Gray, the 2nd Baron Walsingham). His father had been Attorney General under Lord North. All books are illustrated with maps (that are in excellent, trim condition). The boards are smooth, elegant, sound and firm. The spines are all worn from handling but are full of character, benevolence. The boards also have light shelving scuffing. Inside, the contents are tight, serene and tidy. Together with the ex-libris plates on the inside front covers there are stamps indicating case numbers, shelf numbers and book numbers. The pages have printers markings at the feet of the text. Throughout the printer's plates' impressions are visible. Volume 1 has an engraving of Rollins as its frontispiece. This is smart. There are two books in this volume: 'The ancient history of the Egyptians' and 'The History of the Carthaginians'; there is also a preface on the uses of 'profane history' especially in regard to religion. The pages are neat and tidy. Volume 2 (T. Gillet (printer)): 'The history of the Carthaginians contd.', The History of the Assyrians', 'The foundation of the empire of the Persians and Medes .' plus articles , 'The history of the origin and first settlement of the several states and governments of Greece' plus articles, 'The history of the Persians and Grecians'. The frontispages have, at their foot, damp stain tide-marks. These do not detract from the texts. The folded maps are firm, fascinating, fine. There is foxing all about. The book is benign and pleasant. Volume 3 (T. Gillet (printer): 'The history of the Persians and Grecians contd.'. The contents have some foxing but are largely clean, placid. The folded maps are tidy. Volume 4 (G Woodfall (printer)): 'The history of Persians and Greeks contd.' The pages are tight and attractive. The maps are firm and full interest, neat and tidy. Volume 5 (G Woodfall (printer)): 'The history of Alexander', 'The history of Alexander's successors'. Again the pages and maps are fine and engaging. There is for example, a wonderfully intricate engraving of 'A view of the City & Port of Alexandria & the Isle of Pharos' that brings contentment to the heart. There is some foxing but the contents are largely smart and venerable. Volume 6 (G Woodfall (printer)): 'The history of Alexander's successors contd.' , 'Sequel of the history of Alexander's successors'. The early pages have a map of 'The East' drawn by Mr D'Anville with three measurements (Greek stades, Roman mile, Parseng or Leage of 3 Roman Mile). The detail is stunning, the condition is uplifting. This applies to the consequent maps in the book. Some pages have tanning, some have foxing but most are clean, clear and contented. Volume 7: G. Woodfall (printer)): 'Sequel of the history of Alexander's successors contd.' Again some pages are foxed, some tanned. Most are companionable and comfortable and clean. The maps are utterly engaging (again drawn by the legendary D'Anville who was known for his partiality to accuracy) and tidy. The early pages have some very light creasing to the bottom edges. These pages also have some light markings and surface storage impressions. Volume 8 (G. Woodfall (printer)): 'The history of Syracuse' , 'The history of Pontus'. A sure, secure, serene book. The pages are clean, benign and certain. The maps are trim and tight. The full set is clubbable and exudes history and evokes timelessness, passion, care and ownership. fk. Our orders are shipped using tracked courier delivery services.

Title: The Ancient History of the Egyptians, Carthaginians, Assyrians, Babylonians, Medes and Persians, Macedonians, and Grecians. Translated from the French. In Eight Volumes 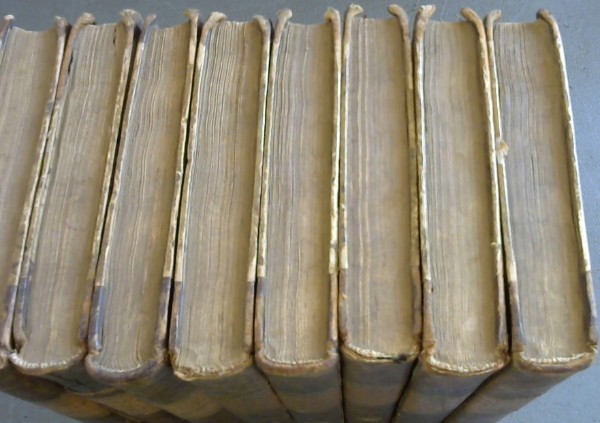 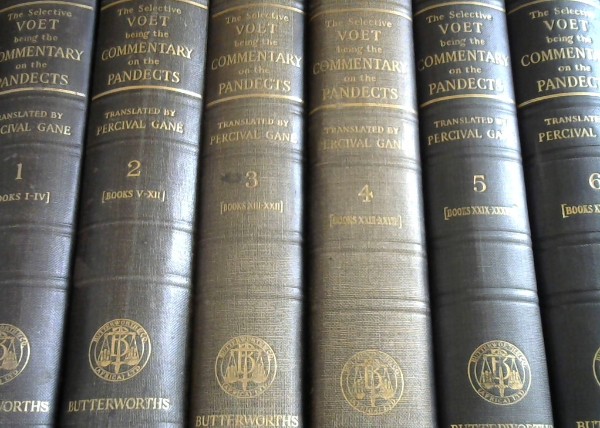 The Selective Voet being the Commentary on the Pandects [Paris Edition of 1829] by Johannes Voet [1647-1713] and the Supplement to that work by Johannes van der Linden [1756-1835] - translated with explanatory notes and notes of all South African reported cases by ...- 8 Volumes

EIGHT UPANISADS: Volume No. ONE and Volume No. TWO (Set of 2 Volumes) 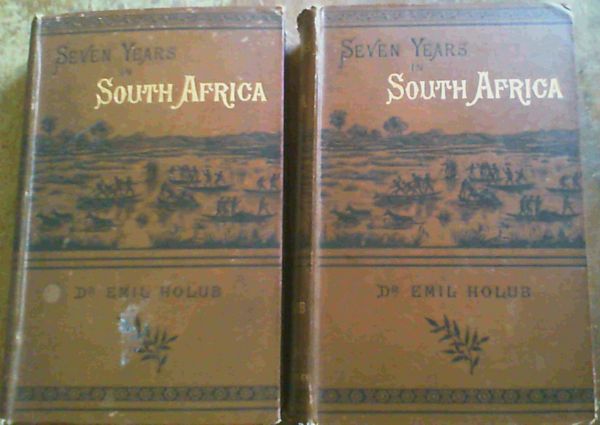 Seven Years iin South Africa - Travels, Researches, and Hunting Adventures, between the Diamond-Fields and the Zambesi (1872 - 79) - in Two Volumes 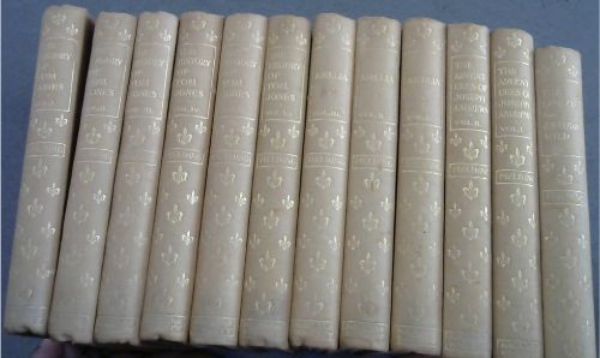 The Works of Henry Fielding - 12 volumes: The History of Tom Jones - A Foundling; Amelia; The History of The Adventures of Joseph Andrews and of his friend Mr Abraham Adams; The Life of Mr Jonathan Wild The Great